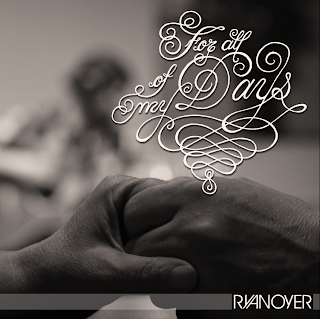 "For All of My Days"
A love song I wrote for a Wedding gift to my friends Brandon and Courtney. They used to work with me @ Fazoli's back in the day (which was a Wednesday as I recall :). A few things happened that got the wheels turning on this one. They had asked me to run sound at their Wedding so about a week before the Wedding I had decided I wanted to write it for them. A short while before that I had gone with Mike and Gail to go see Jennifer Daniels perform @ Rhythm and Brews. Jennifer has a song that completely grabbed my heart called "Every Single Day". That song inspired me to write a real love song, and Brandon and Courtney gave me the perfect opportunity to grab. The words came in about 20 minutes, I was dating someone at the time and basically sat down and wrote what I would want to say to her. Brandon and Courtney ended up having me play the song at the Wedding, and it was their "First Dance".

"Zooey Deschanel (I think you're swell)"
"This song doesn't sound like any particular one of your songs,
it sounds like all of them." - Butch Ross
First of all it's really fun to say "Zooey Deschanel". She's the "adorkable" indie queen right now but my crush-affair began when I had visited my friends in Athens, GA. We'd been out checking out the UGA college town scene listening to music and talking all night. When we got back to my friend David's apartment his roomate Pat and I still wanted to listen to music so she ran upstairs and got her record player and we sat on the deck. The first album she played was the second half of the "She and Him Vol. 1" album. I fell immediately in love with her voice and just wanted to reach into the record machine and hug her. Plus she covers the Beatles... instant musical love. The recording is just me and my guitar and another well done whistle solo :).

"Undone"
This song was another one that had been inspired by a couple of different events/things that really touched me. The birth of the song (although I didn't know it'd become one at the time) was inspired by BJ Hightower. During soundcheck for the Warren Zevon show, Mark Holder was soundchecking his guitar and finished playing a completely bad assed blues riff on his electric guitar. BJ turned to me and Jordan Hallquist and very poignantly stated "Take a good look boys, that won't be there forever." The second was actually while I was on my way to Mike and Gails to finish up some recording the day after the Nim Nims CD Release. I was listening back to their CD and BJ's quote came back to me so I knew then I'd have to begin writing it down. A few days later (of course I didn't write it down yet) It had been swimming around my subconscience and I woke up from sleep again with the first verse in my head. I was awake for about 3 hours and wrote the first 2 verses and the chorus (that seriously was a wednesday). On Friday I sat back down sorted out the chords that were with the melody that I had as I wrote the words down and finished the song. I Noel Gallaghered* myself on this one. It would have fit well on "Metamorphosis" and it's in my opinion the best song I've ever written (but that's not up to me is it).

"Rabbit Hole (LIve from WGOW)"
This appears because a lot of people like the acoustic version I perform more than the album version from "Come Together". This is the first version I've done that was recorded that I felt was decent enough to release. SO... (Neda Long) you're welcome ;).

"For All of My Days (alternate mix)"
I'm a fan of alternate mixes and different versions/takes of songs to hear how the develop. Here's the "Sandra Oh mix"* It's just me and my acoustic guitar and my bassline for it until Butch added in indie-poptastic prom theme strings and organ to lift the chorus.

"For All of My Days" was recorded by Mike McDade and Butch Ross during sessions for the album "Metamorphosis" coming soon. Mixed by Butch Ross. I play acoustic guitar, bass, and some electric. Butch Ross plays electric guitar, Jim Pfitzer plays piano, Jordan Hallquist plays drums. Photo by Tolan Bistrek and design by Kristen Rogers and Butch Ross.

*The Oasis song "The Masterplan" appears as the B-side to "Wonderwall". It's arguably the greatest song he's ever written.
*Imagine you're watching Grey's Anatomy and Sandra Oh get's married... this is the version that would play during that scene.
Posted by Ryan Oyer at 12:59 PM

Ryan Oyer
Working on my second full length album "Metamorphosis". My debut "Come Together" came out 2010.